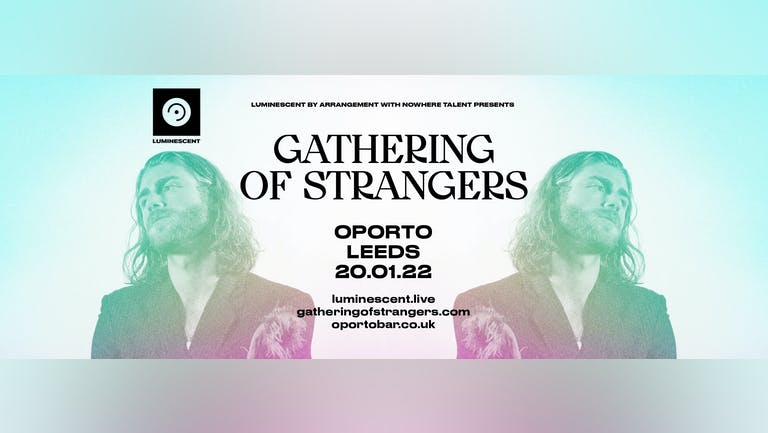 One-time strangers who would go on to forge the closest of bonds, Conor, Tom, Bruce, Peter and Andre came together in the creative crucible of Manchester while studying at University. Hailing from all corners of the country and with a diverse array of musical tastes, as Gathering of Strangers the quintet came together with one shared musical vision.

Defiantly ploughing their own furrow since their formation in 2015, the band have become long-established favourites in their newfound home. Selling-out headline shows at the likes of YES, Soup Kitchen and Night & Day, entrancing sets at Dot2Dot and Neighbourhood have also seen them win over the masses with triumphant festival appearances.

Flirting their promise with a more mainstream audience, GoS have released a series of untouchable singles to date, with cuts like their head-turning debut “Nice Hair”, the intoxicating “Lady”, and arresting recent single “Antidote”, gravitating ever greater audiences to their cause and receiving air-play on BBC Radio 6 Music, Kerrang Radio and XS Manchester in the process.

Offering the most incandescent signal of their bright future ahead, Gathering of Strangers prove their substance with an emphatic new addition to their canon.