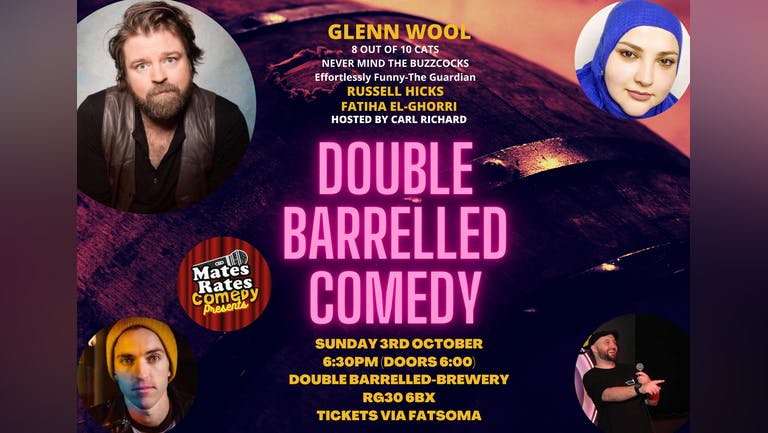 Stand Up Comedy in Reading is back. Mates Rates Comedy is proud to present Double Barrelled Comedy with Headliner Glenn Wool on Sunday 3 October at 6:30pm.

"... a cleverly subversive comedian, because behind his shaggy hangdog ​looks and his apparently homespun humour lies a sharp intelligence which is slowly and quietly hitting the mark on several of the important issues of the day. Wool tackles a wide range of subjects from religious fundamentalism to current world politics and does it in such a way that you hardly notice that that is what you are listening to. Not hardcore political comedy, but maybe all the more effective for being presented in a language the average layman can understand..." - Bernard Fletcher

A sharp wit and a cutthroat style. - BROADWAY BABY

A risk-taking ball of fire. - THE COMEDIAN’S COMEDIAN PODCAST