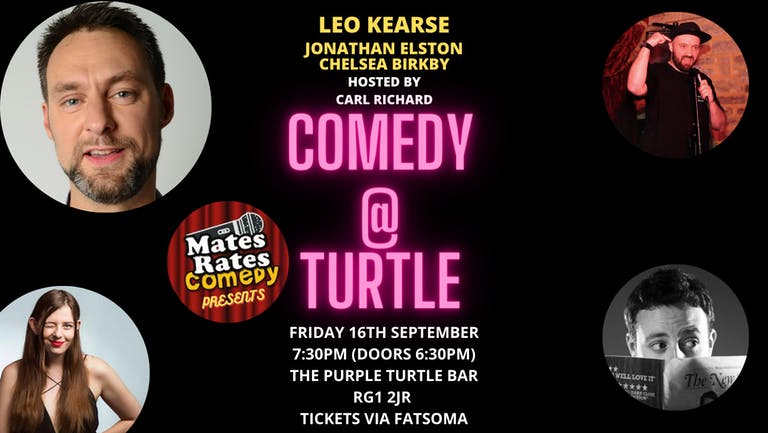 Stand Up Comedy in Reading is back. Mates Rates Comedy is proud to present Comedy at Turtle with Headliner Leo Kearse.

“A triumphant hour of outrageous and dark jokes, not pushing but gleefully running straight through the boundaries of taste and acceptability in today’s “woke” culture - BRITISH COMEDY GUIDE RECOMMENDED SHOW”