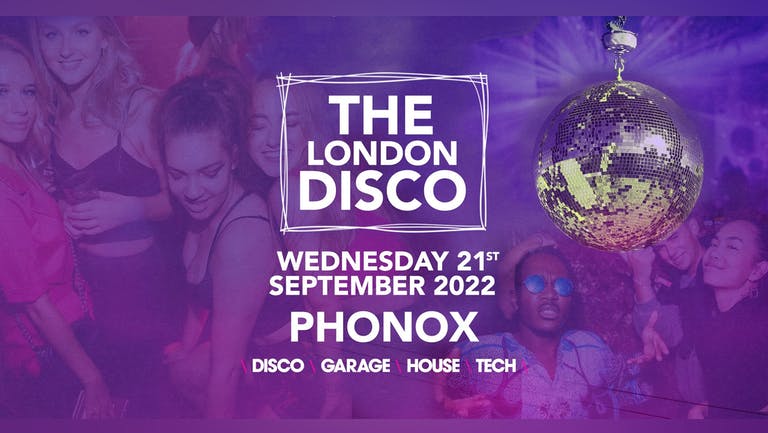 But yes, get ready to fill the halls of Phonox with nothing but the best in Disco, House, Techno and a little bit of 2 step Garage alongside cheap drinks on Wednesday September 21st for the Freshers Disco

Phonox joined London's clubbing landscape in September 2015. Its aim is simple: to host world-class DJs in a world-class environment, upheld by professional staff and powered by Funktion-One sound. Photography on the dance floor is prohibited. On Fridays, one guest plays all-night long, while Saturdays are in the hands of the club's resident DJ. Expect to hear the best in house, techno, disco, drum & bass, electronica, funk and soul. Phonox is part of The Columbo Group, the company behind renowned London venues XOYO and Jazz Café. 🔥

Expect an eclectic blend of house and disco to keep you moving all night long; something a little deeper than them club remixes of Rihanna you will probably hear at other 'Freshers' events 😲😲 And Jump to a little bit of UKG mixed with the best in techno to keep you shift shift shiftin.

Plus we got cheap student drinks from £3 👽

For those who only do real music.

📌This Event is included in the Milkshake All Access Lanyard, Freshers 2022. for Info on The Lanyard see here: bit.ly/FreshersPass2022, and to contact us regarding the lanyard email: Freshers@milkshakeevents.com