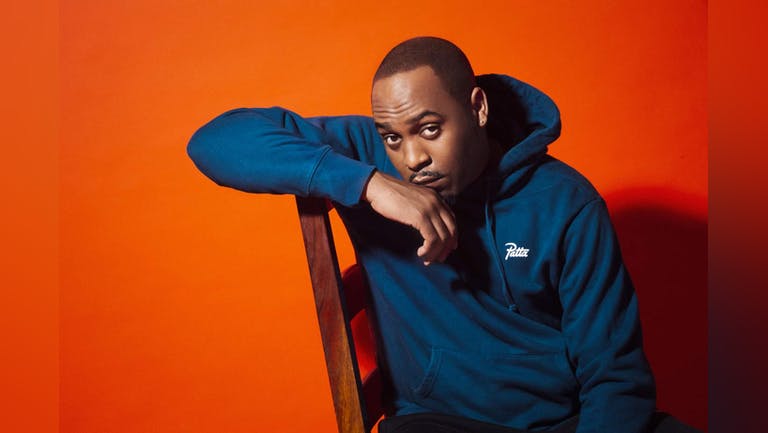 Comedy at The Taproom with Headliner Dane Baptiste

Comedy at The Taproom with Headliner Dane Baptiste

Stand Up Comedy in Reading is back. Mates Rates Comedy is proud to present Comedy at The Taproom with Headliner Dane Baptiste on Sunday 27 November at 6:30pm.

Original and provocative, Baptiste is hailed as one of the most exciting acts to break in years. The London born stand up made comedy history in 2014 as the first Black British act to be nominated for a comedy award at the Edinburgh Fringe Festival for his debut stand up show Citizen Dane. Following this nomination, the show enjoyed incredible success at London’s Soho Theatre completing two sold out runs with additional dates added due to phenomenal demand. His second stand up show Reasonable Doubts was again met with huge critical acclaim and performed to sold out audiences at the 2015 Edinburgh Fringe, with his first nationwide solo tour following in 2016. In 2018 Dane set out on a massive world tour, covering numerous territories, with his smash hit third stand up hour G.O.D. (Gold. Oil. Drugs).

His extensive TV credits include Live at the Apollo (BBC Two), Mock the Week (BBC Two), 8 Out of 10 Cats Does Countdown (Channel 4), The Stand Up Sketch Show (ITV2), Black, British and Funny (Channel 4), Frankie Boyle’s New World Order (BBC Two), Roast Battle (Comedy Central), Comedians Giving Lectures (Dave), Hypothetical (Dave), Tonight at the London Palladium (ITV1), Live from the BBC (BBC Three), Alan Davies: As Yet Untitled (Dave), Comedians Solve World Problems (Comedy Central) and more. During the 2020 lockdown Baptiste performed on The Big Night In (BBC One) for Children in Need and Comic Relief. He has also hosted Live At The Apollo (BBC Two), Live from the Comedy Store (Comedy Central) and created, wrote and starred in his own sitcom Sunny D (BBC Three/One), which was the first black sitcom commissioned by the BBC in 20 years and is now being reformatted for US markets.

Pernille Haaland (West End, BBC, BBC3, “Hilarious” Time Out) is a comedian and actor from Norway. She studied at the Royal Central School of Speech and Drama and works as a freelance actor, comedian and writer.

Since starting comedy Pernille Haaland has toured around the UK and Europe as well as doing the Edinburgh Fringe 6 years in a row! She was a semi finalist in the SYTF, Leicester Square and South East comedian competitions in 2017 and won best short film at the Sunderland Short-film Comedy Festival. Currently based in Norway, Oslo.

Luke Chilton regularly performs at top comedy venues across London including Banana Cabaret, Up the Creek, the StandUp Club, Angel Comedy (Bill Murray), Downstairs at the King’s Head, Crack Comedy and Vauxhall Comedy Club. He has provided tour support for Bobby Mair, reached the final 10 of BBC New Comedy Award 2019, nominated for Up the Creek: One to Watch 2019 and a NATYS Finalist 2022. His stand up has appeared on radio multiple times and you can find him every Wednesday at Vauxhall Comedy Club where he serves as the resident MC.