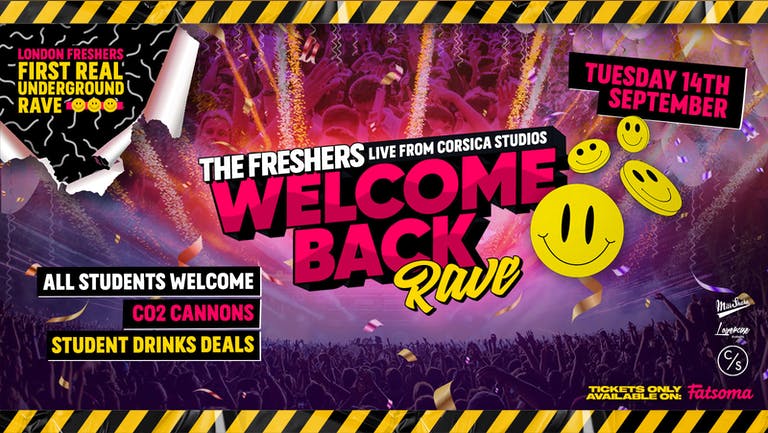 The music pushed at the club is rooted in house, techno, electro and disco, but often incorporates dubstep, drum & bass and bass music.

Open since 2005, the club is known for its intimate atmosphere and solid soundsystems.

Finally we can rave again, and it's time to get LIT.

WARNING - This Event is for 18+ only. (ID REQ) Featuring an unrivalled audio visual display of epic proportions, including co2 cannons, strobe lighting and severe laser effects; PLEASE ATTEND AT YOUR OWN RISK

However for this event, all Ticket Holders are required to demonstrate their Covid:19 status by providing Proof of a negative PCR or Lateral Flor Test. entry will be denied if they can not show this. The NHS Free tests are fine, and ut must be from the last 48 hours!

tickets valid till 00:30 - Tickets are obviously 100% Refundable should there be any issues with clubs opening again, don't worry about it :)

📌This Event is included in the Milkshake All Access Lanyard, Freshers. for Info on The Lanyard see MilkshakeEvents.com, and to contact us regarding the lanyard email: Freshers@milkshakeevents.com