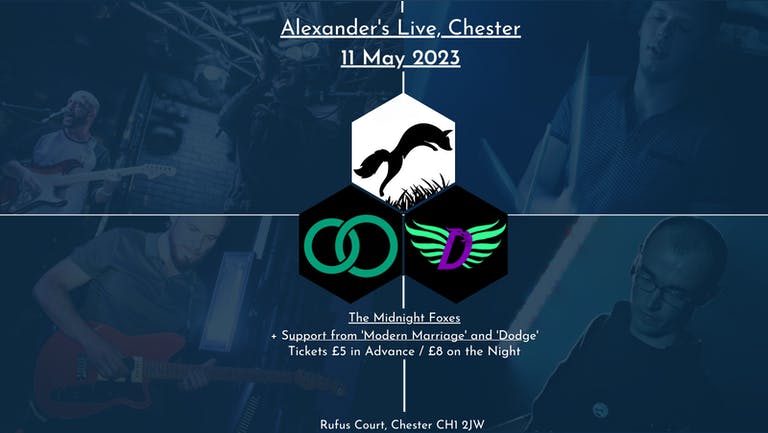 February 2020 - One Belarusian, two Welsh and two English musicians, all seeking to shatter the mundanity of their everyday lives, answered an online advert to create 'an unforgettable live performance' and The Midnight Foxes were born. They were able to squeeze one practice in before March 2020. It took 17 months of patience before they were allowed to meet for their second practice.

The band are inspired by the music of their formative years from the early 2000's Indie Rock scene including The Strokes, We Are Scientists and The Mystery Jets. Their music is inspired by the darkest stories of humanity and human experiences which is progressively revealed through angular-harmonised melodies, wide synth-guitars, saturated leads and a tightly focused rhythm section. The band have been described as being "wonderfully adventurous" and "one of the more distinctive names on the rise right now".

The Midnight Foxes return to Alexander's Live, 2 years after their debut show at the venue.