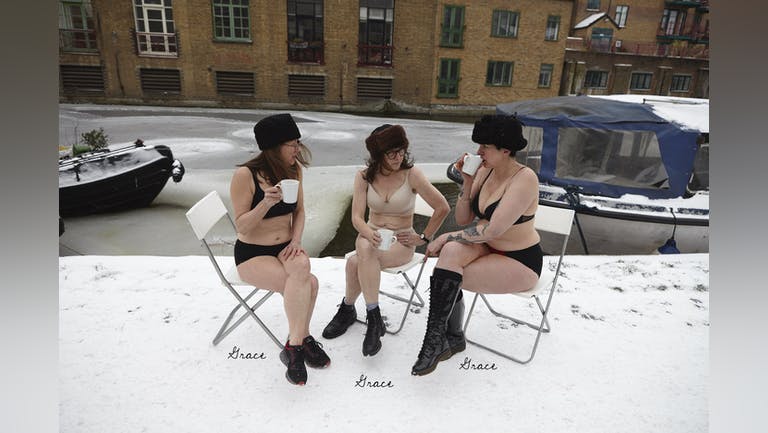 Light Source presents- GraceGraceGrace; Reclaiming the Crone or “If I’m not in on Friday I may be dead’.

Light Source presents- GraceGraceGrace; Reclaiming the Crone or “If I’m not in on Friday I may be dead’.

Reclaiming the Crone – or “If I’m not in on Friday I may be dead’.

Through an immersive lecture/performance, ‘the crone’ is reclaimed as a powerful and majestic counterpoison to femicide by GraceGraceGrace, a collective which employs the intersection of ageing and gender as the wellspring for their work.

GraceGraceGrace make visible an invisible crisis: femicide of older woman, asking why society fails these victims.  Through a provocative interactive performance, followed by a response/conversation, they approach the question through self-identification as ‘crones’: identifying as ‘older’, their performance is one of situated knowledge in the ageing female body.  They focus on the fact that Invisibility, devaluation and derision towards the older woman, added to everyday misogyny, results in a disproportionate number of women over 55 being murdered by men every year. Many cases are dismissed as accidents and not investigated— ‘mercy killing’ defences are falsely used to ensure perpetrators are given lesser sentences. Overkilling (when excessive force is used) was identified in over half of the femicides in the UK from 2009-2018. GraceGraceGrace ask us to consider parallels to the European penchant for murdering women considered ‘witches’. From 1484 until around 1750 some 200,000 witches were tortured, burnt or hanged in Western Europe. Most supposed witches were usually old women, ‘crones’, and invariably poor.

GraceGraceGrace is a trio of artists, who identify as women, and say they have made it their rebellious business to discuss strategies of visibility, doing their best to ‘chuck out our marginalised status from the patriarchal push chair’.  They have performed internationally and nationwide, held workshops, featured in multiple publications and written a book 'Gen Age’ published by Unbound.

This is our seventh talk in a series of 12 monthly talks and workshops on these themes, please check back at our website as we announce our full list of speakers and dates.

Light Source brings light to lost histories of persecuted people- primarily women, and honours them. It explores and expands the use of body performance techniques and contextualises them within the practice of queer people and women, creating a space to share these techniques & histories.

This talk is at The Horse Hospital, Colonnade, London WC1N 1JD

This project is funded by the Arts Council England.