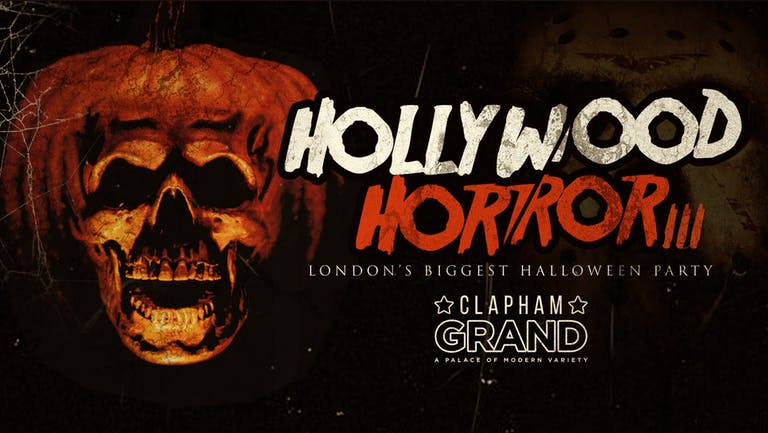 Theme: Horror Movie Characters & The Living Dead Celebrities (if you can't quite manage it, funeral attire of all black is accepted)

After a sold out party in 2017 in Brixton's Phonox, we took it to the big screen in 2018 with another sold out show at the legendary Clapham Grand! And so, once again in 2019 the show was SOLD OUT AGAIN yes once again in 2021 we where sold out, so it's now time to give yall once again the JEEPERS CREEPERS with this absolutely fabulous show at the Hollywood venue that is the Grand on all hallows eve for 2022!

Boring story, but esssentialy this show sells out every year so get your tickets quick!

To be held in what can only be described London's most exciting Party Spot, The Grand in Clapham, expect a night of dancing, spooking, drinking, seances & more as we rock on down to the deathly sounds of disco, horror hiphop, spooky throwback R&B & some classic horror movie theme tunes to ignite the undead!

There is No better venue for this than The Grand in Clapham. Both amazing, spooky and crazy The Grand is more than a Victorian-era listed building in London: it’s an icon of the city’s cultural legacy. Originally opened as a music hall in 1900, this 1250+ capacity venue is a centre piece of London’s nightlife.

We have some boxes and drinks packages you can reserve, so get in touch now to book!