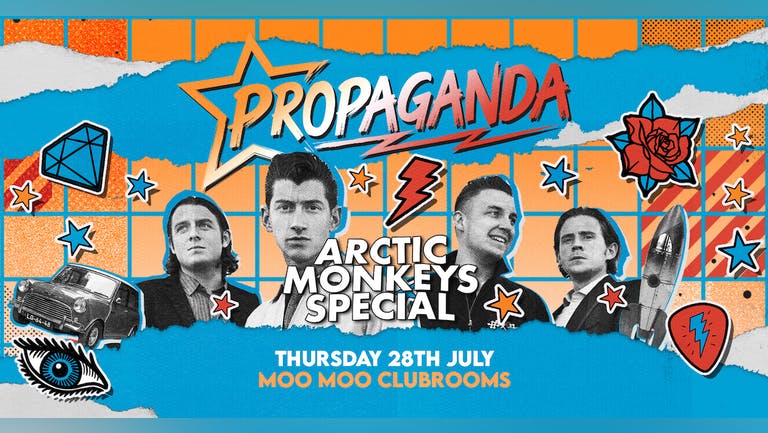 They say when the sun goes down the only place to be is at Propaganda! So come dance like a robot from 1984 'coz if this feeling goes both ways there's no need to look so conspicuous, snap out of it!

We'll be spinning anthem after anthem from the Arctic Monkeys repertoire so slip on those dancing shoes and join us at the biggest party in town on Thursday 28th of July! Grab a ticket in our summer sale for only £2!