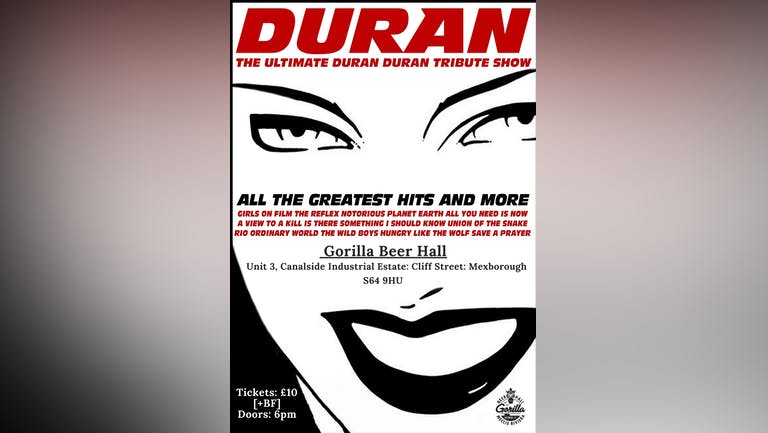 Now in their second decade since forming, DURAN are the UK’s premier 5 piece tribute to Duran Duran.

Performing to audiences throughout the UK and Europe, winning new friends along the way, DURAN pride themselves on paying respectful homage to authentically recreating the live sound and onstage energy of the Wild Boys of pop rock!

As the ‘go to’ Duran Duran tribute show, DURAN offer a cocktail of timeless classics from the band’s earliest hits of the 80’s all the way up to the present day, spanning their successful 40 year long career! From Planet Earth, Girls On Film, Hungry Like The Wolf, Rio and The Wild Boys – to their 90’s comeback single, Ordinary World, and 2015’s offering, Pressure Off, produced by famed hit maker Mark Ronson, DURAN have got it covered!