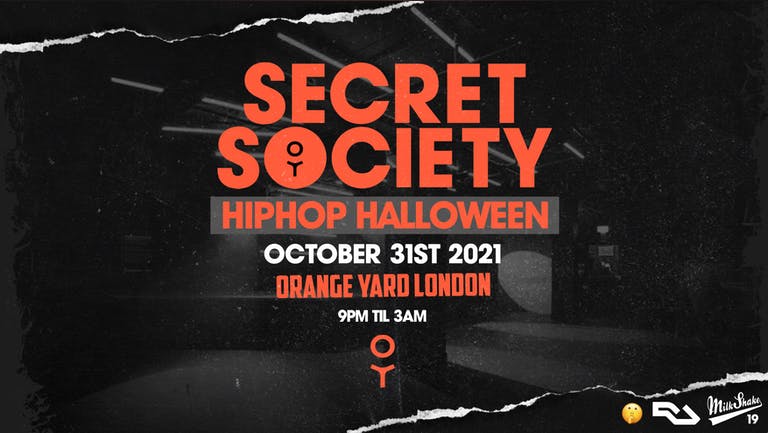 The season of celebrations, free candy and costumes... but what makes really a party?! THE MUSIC!
After 3 Sold out years in west London, we're heading to central London's Hottest New Night Spot ORANGE YARD for London's BEST HipHop Halloween party!

It's gonna be like a spooky BoomBox playing the VERY best of HipHop over the years and few classic hip-hop Halloween tracks along with the dark and downright scary tunes that are a must on this night of evil.

Instead of carving pumpkins, join us as we blast out the Pumpkin Head, the Eminem, the NAS, the Drake, the Kanye, the Royce, the Snoop and all things good! Plus a bit of MURDEROUS R&B for the ladies...So from 10pm the SCARIEST and REALEST HipHop Party will commence in Camden's legendary clubbing space. Featuring a selection of London's DJ's.

This event will be playing STRICTLY BANGERS!! COSTUME IS A MUST TOO!