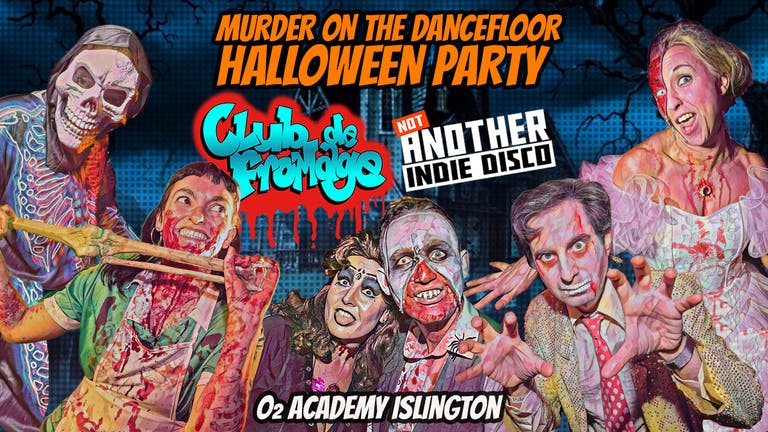 Club de Fromage are teaming up with Not Another Indie Disco to bring you another one of our legendary Halloween parties spread across two rooms!

Get your ghoulies out and get ready to get down to the finest pop, rock, indie, power ballads, disco, dance and r n b known to (in)humanity.

Both venues will be decked out spooky decor and you can grab a suitably scary, themed cocktail at the bar.

- Scary visuals and films on the big screen in both rooms

Music:
Club de Fromage will be playing all your favourite Halloween themed tunes as well as the usual mix of pop & rock from the past 50 years such as Dua Lipa, Bon Jovi, Britney, Taylor Swift, Backstreet Boys, Elton John, One Direction, Abba, Bruno Mars, Spice Girls, Will Smith, Katy Perry, The Killers, Queen, Take That and much, much more.

Whilst Not Another Indie Disco will be taking care of all your indie needs with the likes of The Strokes, Arctic Monkeys, The 1975, My Chemical Romance, Florence + The Machine, Panic! At The Disco, The Vaccines, The Libertines, Slaves, Wolf Alice, The Cure, Glass Animals, The Wombats and more.

A very limited amount of table and drinks deals are available for this event.