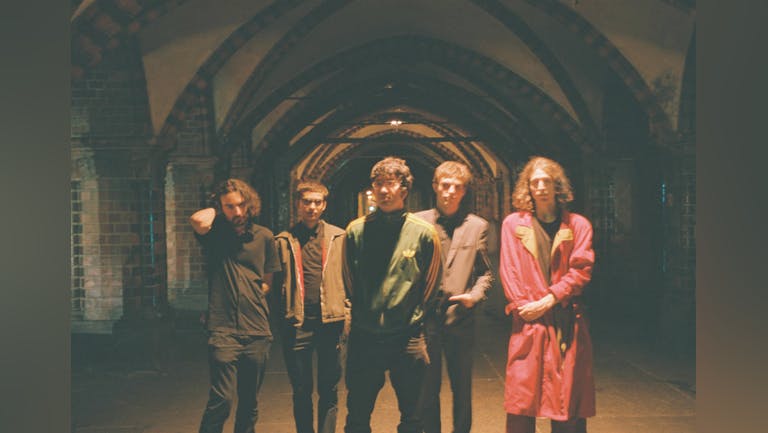 The story of the band began in 2015, with a trip to Tepoztlán made by Lucas Martín, Mateo Sánchez and Andrés Lupone with the intention of making a couple of songs. Half a year later, Sebastián Rojas and Jeronimo Martín would join the group, completing the identity of the project. During the following year, the quintet was exclusively dedicated to rehearsing and composing with a lot of discipline what would be their first approach to a record. Of all the songs composed in this period, it was"OTO" which would be selected to be taken to a recording session. The group published it in a single format independently at the end of 2017, and the single reception was good enough for more people to approach them and awaken an interest in the young group. The following year, they dedicated themselves to playing live around Mexico City and Mexico Gaining a bigger following and recording their first long-term album, influenced by the music produced in the 70s by German bands like NEU! and CAN. The album was recorded under the sleeve of Renowned producer and gear aficionado Hugo Quezada (Robota, Exploded View). The album was recorded in its entirety in progreso nacional (Hugo Quezada’s studio)and found a home at the London based label Fuzz Club. The homonymous debut was launched in April 2020 and obtained a warm reception in Latin America, the United States and Europe.decision to move to Berlin, Germany with the intention of touring around Europe to promote the album. The plans changed with the COVID-19 pandemic and the quintet made the decision to compose their second studio album, this time produced by Pablo Thiermann, who had previously collaborated with groups such as Föllakzoid and The Holy drug Couple. Their new album titled "El Refugio" marks a new era in the history of the band, exploring another type of sound territory and new approaches to their way of composing. This album is intended to bring the band closer to a sound that does not have as many reminiscences to their immediate influences,further reinforcing the sound and lyrical identity of the group. SEI STILL has been presented in a series of festivals and concerts around the Mexican Republic and the United States,sharing the stage with groups such as Stereolab and Kikagaku Moyo at the Festival Hypnosis. As well as, Institute,Lorelle Meets The Obsolete, 10000 Russos,Tajak, Ariel Guzik, Somesurprises , New Candys, Holy Wave, Mint Field and Mueran Humanos. Support from Dim Imagery, Household Dogs and The Dirt.