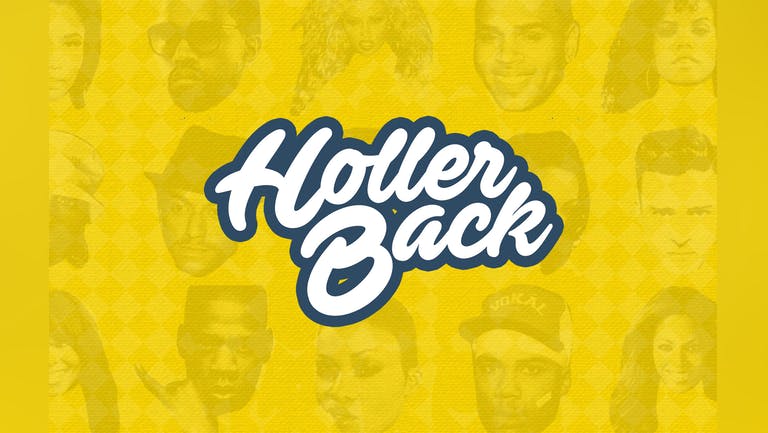 And yeh, like well IT's Holler Back and it's time to get down and boogieeeeee so Read on for all the info 💃💃💃💃

Curated by Martin 2 Smoove (Tour DJ to HipHop Royalty EVE) we're calling all Independent Women, Single Ladies and Mamacitas to Drop it Like It's Hot and meet us In Da Club; where we can Buy You A Drank & watch you Lean Back as we party, once again, with some of London's finest DJ's on the 1's & 2's.

Experience the greatest selection of real 90's & 00's classics, mixed in with a little of the hip & now to truly make you tipsy.

Martin 2 Smoove, officially London's Best DJ of 2017 & 20219 (well according to the The London Club & Bar Awards Est. 1994) is confident this is a party that will really Rock the Bells for any lovers of R&B n HipHop. With Martin shelling out a headline old school HipHop & RNB set, we're confident his party classics will get you moving in no time. 2smoove has toured arenas worldwide with hip hop royalty and the First Lady of Ruff Ryders EVE as her official Tour DJ, as well as support everyone from the likes of Drake, NAS & Rick Ross across the UK.

For those that don't love the Hippidy Hop, then Room 2 will be spinning up the best in Disco, Funk & Soulful House all Night Long!

Voted London’s best music venue & late night spot in the Time Out LOVE LONDON awards 2018, OMEARA has become the venue of choice for the music industries coolest parties. From Skepta's private Brit Awards after-party, to the official NME awards showcase, the Mexican inspired 'Art House' with a boom bap sound-system to beat any competition is now of of the most in demand venues in the capital featuring an AWESOME Roof Terrace, Garden, Outside Bar, 3 Rooms and the best cocktails in South London.

📌This Event is included in the Milkshake All Access Lanyard, Freshers 2021. for Info on The Lanyard see MilkshakeEvents.com, and to contact us regarding the lanyard email: Freshers@milkshakeevents.com