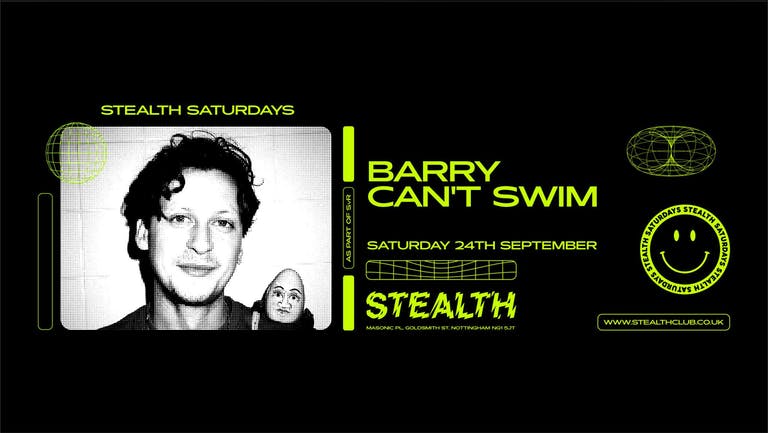 Barry Can't Swim burst onto the electronic music scene in 2020. Following his debut EP on ‘Shall Not Fade’, he was snapped up by the Ninja Tune family - joining the likes of previous Stealth guests Bicep & Peggy Gou. His tracks have seen regular support from Radio One - including plays from Pete Tong (‘Essential New Tune’), Danny Howard (‘Hottest Record’), Sarah Story, and Jaguar; Mixmag voted him as one of their 'Best Tracks of the Year'; Billboard voted him as one of their '10 Dance Artists To Watch in 2022’; he was tipped as The Blessed Madonna's 'Ones To Watch', and Annie Mac's 'New Names'. After catching him play at Lost Village Festival, we are super excited to welcome him to Stealth for his Nottingham debut!