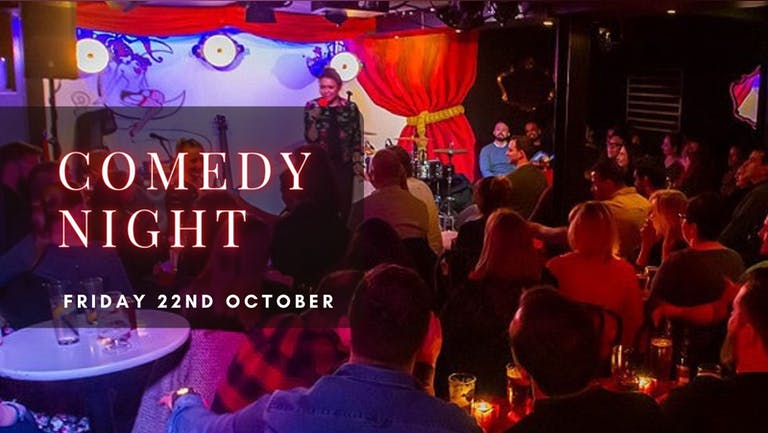 Scottish comedian Alan Francis first came to the attention of comedy audiences when he won the So You Think You're Funny award in 1991.

In 1995 he co-wrote and co-starred in Jeffrery Dahmer Is Unwell at the Edinburgh Festival, and in 2002 he presented his one-man show Clobbered there. He has worked as a writer/performer on Alistair McGowan's Big Impression, BBC Scotland's Pulp Video and The 11 O'Clock Show.

On radio, Alan co-starred in Radio 4's The Alan Davies Show and has also contributed to Alan's Big One FM and Radio Five Live's The Treatment.

"This is an hour of foul-mouthed filth. But one of the classiest examples of loud-mouthed filth you're ever likely to experience." - Chortle

Chelsea Birkby has been making a real impact with audiences and her ability to find the funny in her own personal stories and struggles has been recognised by the mental health charity ´'Restore´, who have invited her to co-run a stand-up comedy course in Oxford.

During lockdown she launched a Youtube series "Think about it" - stand up (sat down) video essays on philosophy and pop culture.

"A rising star.. Chelsea had the crowd roaring with a stunning performance" - Ox in a Box

Kevin is a small Irishman in shiny boots who tells jokes.

Since moving to London in 2016, Kevin has been making waves with his high energy performances and whimsical material.

Become a follower 499 followers
Join the rep team 0 reps
Tags
What's On The Fun Things in The
Fatsoma uses cookies to give you the best experience. View Privacy Policy