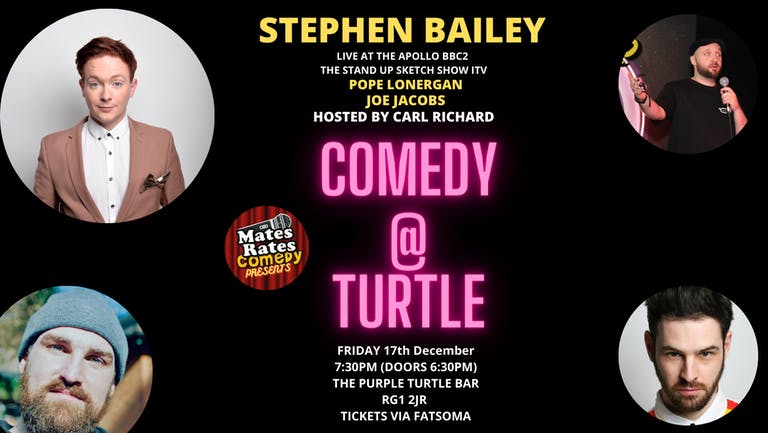 Stand Up Comedy in Reading is back. Mates Rates Comedy is proud to present Comedy at Turtle with Headliner Stephen Bailey.

As well as being a prominent talent on the UK comedy circuit, he has also supported the biggest names in stand-up, including Katherine Ryan, Jenny Eclair, Jason Manford, John Bishop and Sarah Millican.

“Outrageous material [...] matched by a rambunctious delivery” ~ The Guardian

“From fearless and funny to heart-stoppingly raw ⭐️⭐️⭐️⭐️” ~ Evening Standard

“Pope Lonergan is Plimmin’ and Lompin’ is a very honest piece of conversation [that’s] captivating, even when it teeters towards the nauseating” ~ The Big Issue