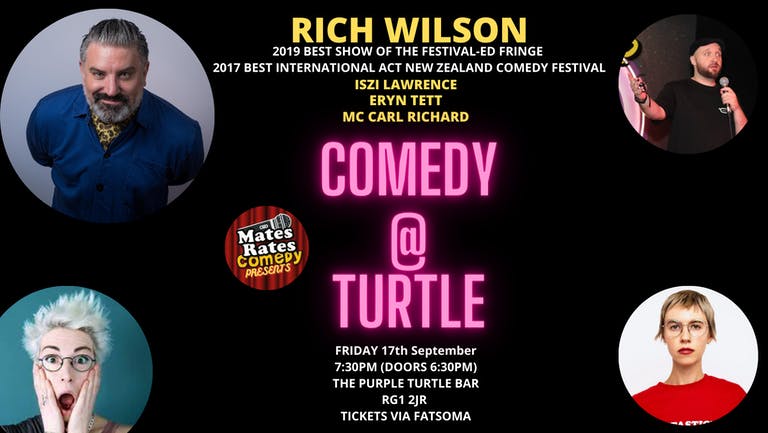 Stand Up Comedy in Reading is back. Mates Rates Comedy is proud to present Comedy @ Turtle with Headliner Rich Wilson.

‘Wilson knows how to deliver.” Chortle

“Fast-moving and absurd…beside ourselves with laughter” - Diva Magazine

“Unique in all the best ways…so fun to watch. She’s going to be massive” - Adam Hess