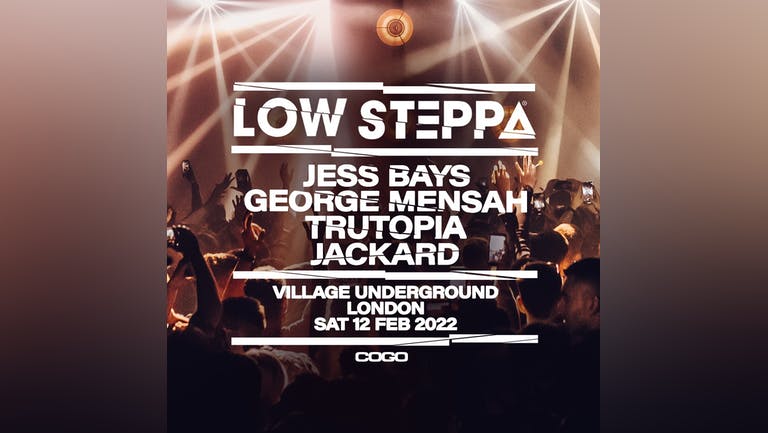 House music heavyweight and Simma Black label boss, Low Steppa, returns to the Capital for his first London club show of this year. Taking place at the iconic arches of Village Underground, his bold and daring sets are guaranteed to raise the roof on Saturday 12th February.

The Simma Black label boss has long-cemented his place as one of the staples of the UK house scene. Low Steppa has continued to push the boundaries with transcending hits like ‘Runnin’, ‘Heard It All Before’ and ‘You’re My Life’. His bold and daring sets are guaranteed to raise the roof on Saturday 12th February.

Joining him will be fast rising star Jess Bays. Her undeniable sound has given a fresh narrative to a whole new generation of house music lovers, primarily via her weekly radio show on Capital Dance.

Also joining us will be LOVEJUICE founder George Mensah and his distinctive raw sound influenced by 90s House and Garage. Completing the lineup will be Trutopia and Jackard who will bring the best foot stompers, deep grooves and infectious vocal hooks to the legendary Shoreditch venue.