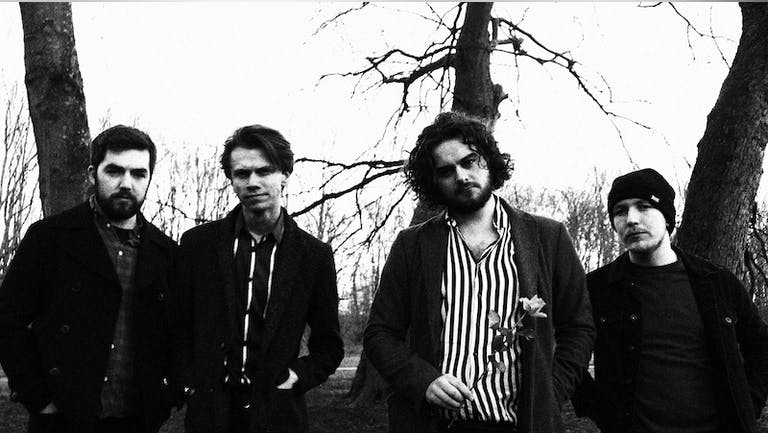 The New Nostalgia are Patrick McCallion (vocals, guitar), James Sands (guitar), Sam Bramhall (bass guitar) and Charles Adey (drums). Their reflective and aggressive sound was born during a trip to Amsterdam when four old university friends tried to comprehend the existential haze of their mid-twenties. The band have performed shows across the UK and The Netherlands, including a stage headline set at Long Division Festival and sold out shows in Amsterdam (including a socially distanced unplugged set in the main hall at Paradiso). They recently received an honourable mention and were finalists for Best Rock and Unsigned in the International Songwriting Competition for their track “Millennial Love”, judged by a panel including Tom Waits, Coldplay and Dua Lipa.

Their debut album, BLEED & BLOOM. is scheduled for release in August 2020 and is an album of two sides by design; an aggressive, socially charged, tongue in cheek side A and a reflective, self aware, poppier side B. In a way, it details a personal journey from a place of rage and anger to a place of self reflection and acceptance. With production from Tom Roach (Queen Zee, Vistas, Crawlers) it is a must for fans of aggressive and soul searching alternative rock.

With haunting lyrics that will get under your skin, The New Nostalgia are questioning what it means to be young at heart in the twenty-first century.