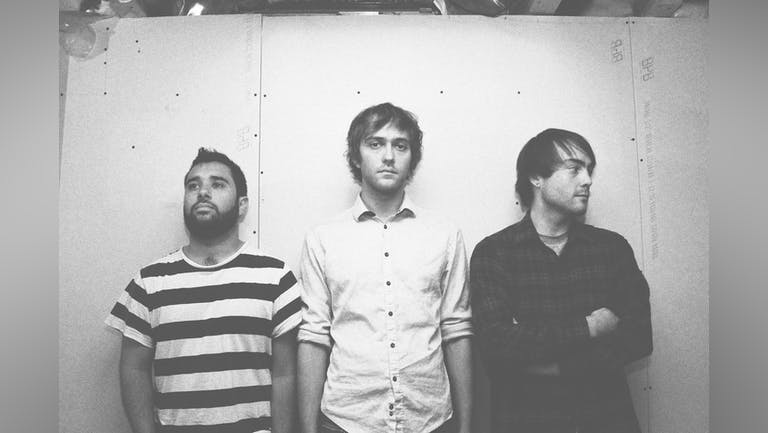 Bike Thiefs are a chatty post-punk trio that sound like a cross between Parquet Courts and a late-night conversation with Charles Bukowski.

Comprised of bassist Kris Pandierada, drummer Andrew Fasken and guitarist/vocalist Marko Woloshyn, Toronto’s Bike Thiefs absorb music as quickly as one would expect from a group of millennial audiophiles. Pandeirada cut his teeth producing hip-hop beats in his basement; Woloshyn holed up in his room wringing the ink out of Leonard Cohen sheet music; Fasken immersed himself in the world of 2000s punk rock while booking shows and playing in a handful of hardcore bands.

Over the past few years, Bike Thiefs have refined their cocktail of speakeasy vocals, slashing guitars and primal rhythms into catchy post-punk anthems. They’ve kept busy touring across Canada and the United States, opening for various international acts including The Hold Steady, Yard Act, and Wavves.

After signing with Stomp Records in 2020, Bike Thiefs released their debut full-length album ‘Leaking’, recorded with Josh Korody (The Dirty Nil, Fucked Up, Dilly Dally) at Candle Recordings in Toronto.

“…some of the most pleasing new wave-y sounds since the mid 80s.” — New Noise

“…Bike Thiefs are instantly likeable underdogs who sound as though they’ve thrown everything they have into debut, Leaking …” — God Is In The TV