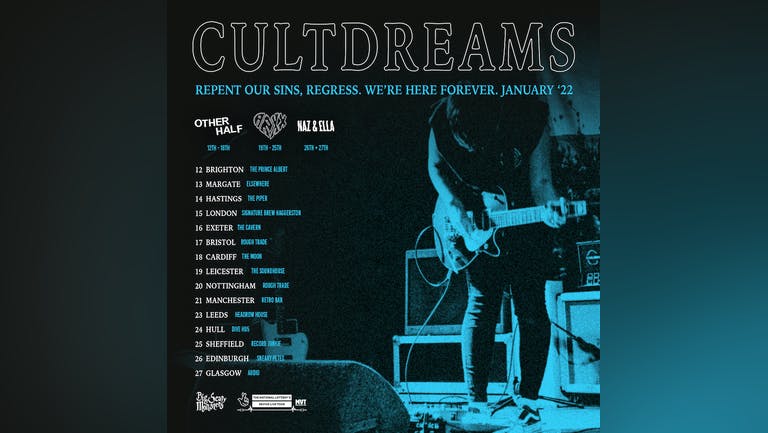 Buy a ticket to this show and bring a friend for free! We’ve all missed music and mates over the last year. Now is the time to #ComeTogether to #ReviveLive music.Music Venue Trust (MVT), which represents hundreds of grassroots music venues, has announced The National Lottery’s Revive Live Tour will return in January 2022 with tours by a diverse range of artists including KEG, The Wytches, Ferris & Sylvester, The Kut, Good Karma Club, BLOCS, Strange Bones, Calva Louise and LibraLibra.

Shows will be taking place across the country, with National Lottery players having a chance to bring a ‘plus one’ for free. This extension of The National Lottery’s Revive Live Tour follows the overwhelming success of the inaugural tour during the summer which saw The National Lottery contribute £1M to directly underwrite the touring and production costs of hundreds of live performances, enabling the grassroots live music industry to start promoting shows again in the knowledge that the upfront costs associated with touring were fully covered.

The money for this initiative comes from a National Lottery promotional fund. It is not being funded by money allocated for National Lottery Good Causes or by Camelot.Tickets go on sale at 10am on Friday the 3rd of December.