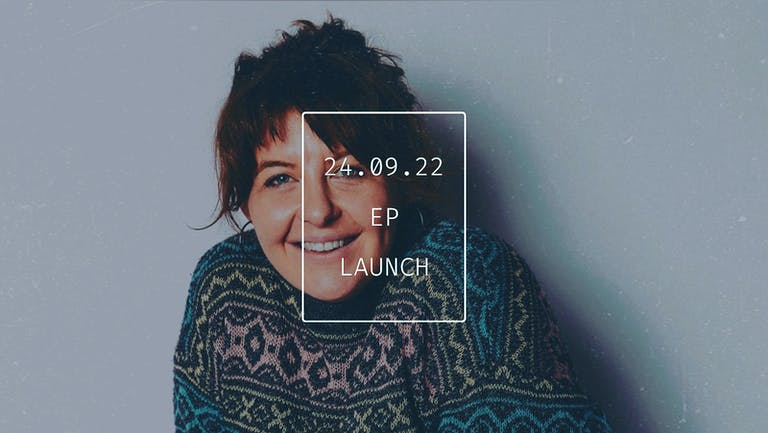 To celebrate the release of the Fly EP (23.09) join Test Card Girl and friends as she plays the full EP alongside release and new material. The launch gig is supported by Manchester International Festival MIF Sounds programme and Test Card Girl will be joined on stage by drummer Andy Hargreaves (I Am Loot) and bass player Nathan Sudders (The Whip, Guy Garvey, Nadine Shah) + support from Granfalloon and Caitlin LM.

Test Card Girl is a solo project by new Manchester indie singer-songwriter Catherine Burgis. Having grown increasingly frustrated with an admin-based existence, and wishing to conquer a life-long fear of singing in public, Catherine embarked on a country-wide tour as a musical comedian in 2018 complete with novelty miniature keyboard. Winning awards (North West Comedian of the Year, Frog and Bucket 2018, Funny Women Semi-Finalist 2019, Beat the Gong Winner, The Arc, Stockton 2019) and growing in confidence as a singer, she performed her first (and last) gig as solo synth-folk artist Test Card Girl in February 2020, with all subsequent gigs immediately being cancelled due to the dawning of a global pandemic. With live performance not possible, Catherine turned her attention to recording and released her first single 'Holds Me Down' in 2020. The single was picked up by BBC 6Music, Radio X, Absolute Radio and XS Manchester and she was named Steve Lamacq's BBC 6 Music 'One to Watch' in January 2021. Catherine was awarded an Arts Council grant to make a further 3 singles in 2021 and is currently working on her debut EP 'Fly' with producer Seadna McPhail at Airtight Studios, Manchester. The EP is due for release on 23rd September 2022 and will feature guest performances from drummer Andy Hargreaves (I Am Kloot) and bass player Nathan Sudders (Miles Kane, Guy Garvey, Nadine Shah). Test Card Girl's music ranges from lo-fi bedroom pop to simple indiefolk songs, influenced in equal parts by the standard-issue musical taste of a 90's Manchester teenager; an obsession with the MIDI sounds of childhood keyboards past and finger-picking folk songs of old. In January 2022 Catherine was announced as one of 10 Manchester International Festival MIF Sounds artists​ and will be performing live throughout 2022.