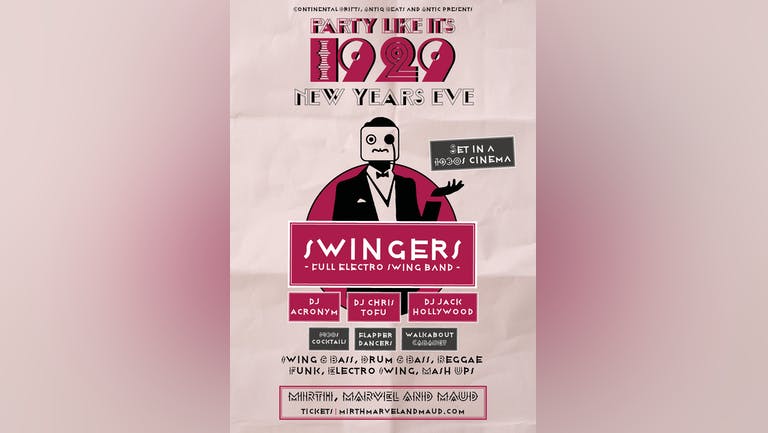 We have put together a 1930's themed NYE, to mark the year that the Granada Cinema first opened.

Fresh from a string of major UK festivals including headline slots at Glastonbury, Boomtown, WOMAD & The Isle of Wight Festival, Swingers are ones to watch. They bring a Rock show attitude to the dance music scene with vintage remixes, on-stage dancers and like the Basement Jaxx before them, an extraordinary, energetic and charismatic performance.