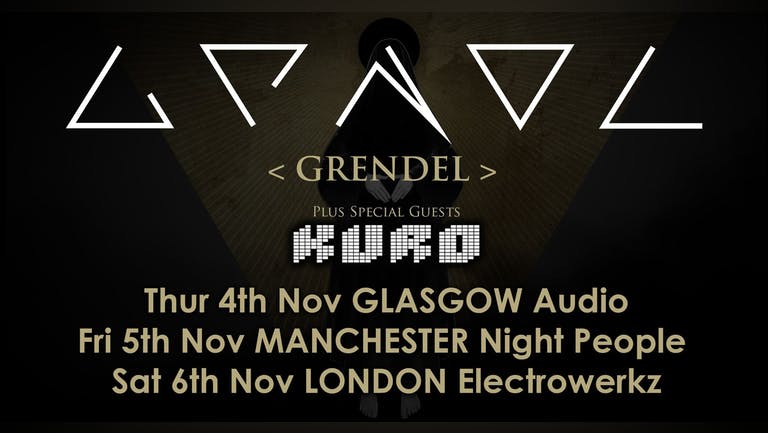 After officially forming in 2000, Grendel has seen consistently increasing success over the years, with 5 albums and 3 EPs under their belt and plenty of staple & unmissable DJ hits, most notably “Soilbleed”, “Hate This”, “Void Malign”, “Chemicals + Circuitry", "Timewave Zero" and “Severed Nations”. Their most recent milestone album, “Age Of The Disposable Body”, marked new territory for the band and has lead to a full band line up, which has raised their live performances to a whole new level.

2019 will see Grendel releasing their new album, offering a huge new milestone in the band's career. To promote this, Grendel will be extensively touring both North America and Europe.
The band's current line up consists of: