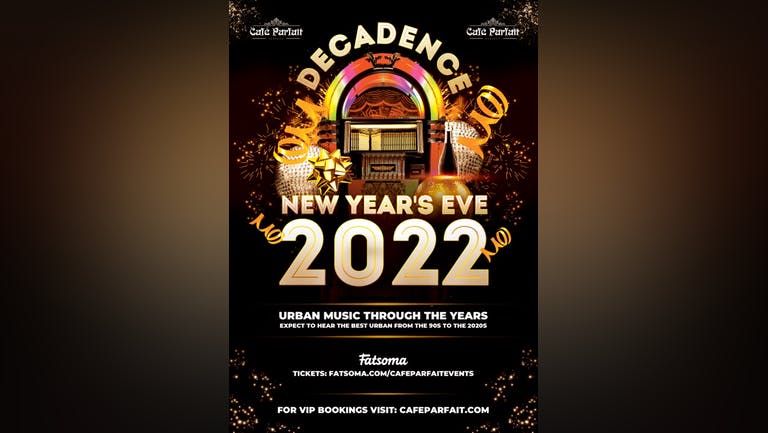 Decadence is the must attend New Years Eve event in Southampton!

We will be taking you on a journey through time with RnB and urban music from the 90s up until the 2020s.

Decadence means indulgence, luxury and pleasure and that will be brought to you this New Years Eve for this guaranteed sell out event.

Travelling through the decades all in one night!