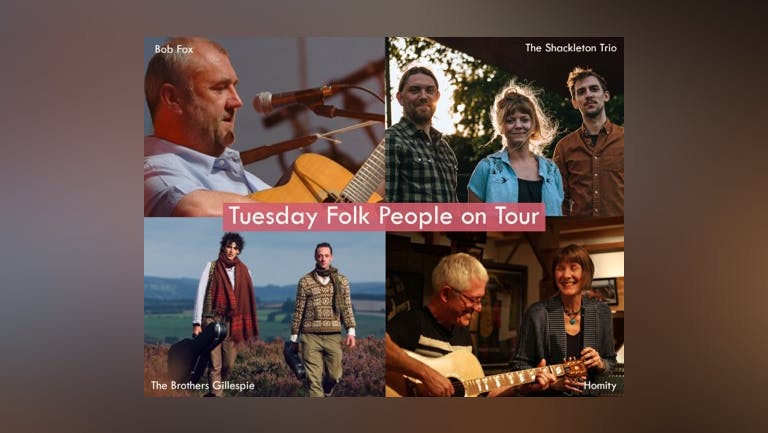 From their popular weekly programme Tuesday Folk People, Home Stage presents an evening of the best in English folk. Moving from their online platform that has reached over 150,000 people, to a stage near you!

Bob Fox, a long-time stalwart of UK folk – specialising in both trad and contemporary songs – has honed a repertoire rich with songs from the northeast of England, particularly those of the coal mining communities.

The Shackleton Trio, hailing from East Anglia, promise to bring a bombastic element to the show, boasting imaginative re-workings of traditional folk standards, which blend seamlessly alongside their own original numbers.

Homity are one of the original Tuesday Folk People guests. Suffolk-based Ian and Michelle write songs that are timeless, weaving and wending through the decades to sound like instant classics.

The Brothers Gillespie are boosted by the undeniably powerful sound of sibling vocal harmony. Their songs have a rare, intimate energy that is both earthy and ethereal, romantic and radical.