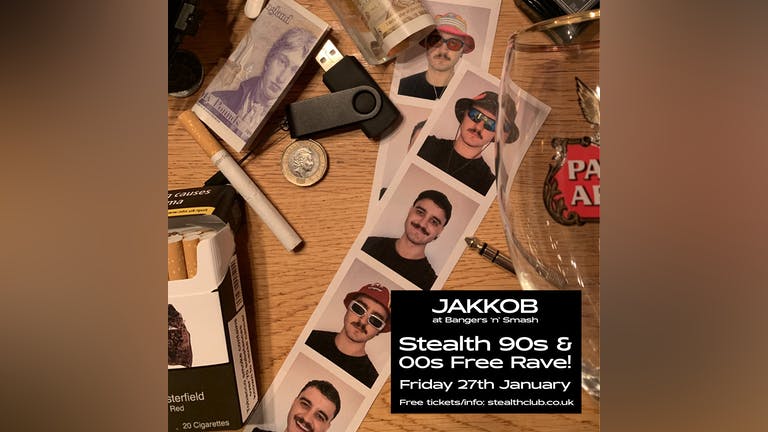 So get ready for a night filled with all your favourite tunes from the 90s all the way through to 2010!

Welsh native JAKKOB arrived in London 8 years ago, and was quick to hold a residency with Regression Sessions. Over the summer, JAKKOB has played at multiple festivals, such as Hideout Festival, El Dorado, One Out Festival, and Discotek: Into The Woods. He has also played at multiple sold out shows at venues all across the UK, including Studio 338, Canal Mills, Rainbow Venues, Switch, Fire and Lightbox; as well as Secret Garden Party, El Dorado & Hideout Festival. Since Covid, he dabbled in the world of TikTok, amassing half a million followers in just over a year with his ‘on the nose sesh & afters comedy skits’

From running his own brand called Monkey Barz where he sold out multiple shows, (notably at the Brixton Jamm with headliners such as Crazy P, XXXY, Raw Silk & DAJB), to gaining over 700k followers on TikTok for his sesh comedy skits, and holding down a monthly residency on Project Radio alongside some of the UK's finest selectors, we're very excited to welcome JAKKOB to our first Bangers 'n' Smash night on 27th January!