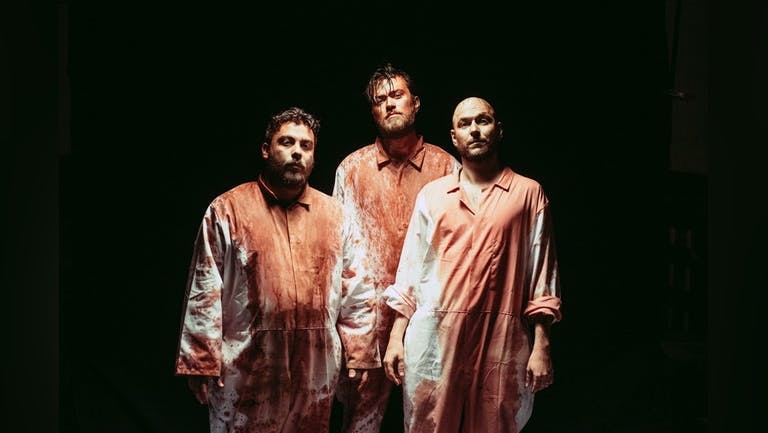 The Last Vinci is an Alternative Rock/Stoner band from Cork, Ireland, led by Alex Vinci, well known for his punishing low frequencies through a three amps set-up and his “give-all-you-have” energetic attitude, larger-then-life stage presence.

Their debut Album “THE LAST VINCI” went out on November 2014, releasing singles and Videos like “FOLLOW YOUR ORDER” (reaching more than 10k views on the first 2 months from the release) “FREE FROM YOURSELF” and “NO PLACE TO HIDE” that was part of “The Last Vinci - Live from the Studio”, a full live performance recorded @ Station Studios, Dublin, after an extensive tour supporting the Album release around Ireland, italy, Uk, Switzerland, Latvia and Lithuania. Alex was also part of the alternative/stoner-rock power duo ORDER OF THE MESS, well known for their chaotic live set, releasing on June 16th 2018 their debut album “To Rock, Life, Love”, followed by an intense Summer Tour including SEA SESSION Festival 2018 (playing on the main stage as winner of the unsigned contest), TOWNLANDS CARNIVAL 2018, ITALIAN FUSION FESTIVAL 2018, ARCADIAN FIELDS and INDIEPENDENCE FESTIVAL. Anticipated by the single and video of “Nemesis", The Last Vinci came back on September 27th 2019 with a new EP "The World, Enda Kenny, the Devil, the Vegans and all the Millennials shit" (Narrow Door Records) introduced by the single and ironic video of "Narrow Door" out on September 24th, followed by and extensive tour around Ireland, UK (supporting Bicurious) and Italy. After successful shows across the board, winning over home and foreign crowds promoting their new release, the band started to work straight after the tour to their new LP, aiming to involve several artists in the new work. The week before the beginning of the Pandemic the band ended up building “the Narrow Studio”, rehearsal and recording space that became the real key for the completion of their new Album, allowing the band to keep working on the Album despite the Covid19 crisis. Despite the social distancing and travel rules were stopping the music world, pushing to postpone the Album recording several times, the Trio made it sailing to Liverpool during April 2021 to record the Album, including to connect remotely with all the artists they wanted to involve in the production. The Band is now ready to introduced their long awaited new LP, introduced by the single “Gallow” out on October 15th, expected to be released on March 2022 via Narrow Door Records, produced by the band and the Liverpool producer Tom Peters (Bicurious, Alpha Male Tea Party, Cleft, Vasa, God Alone and many others) after an incredible Fundraising Campaign who saw the band collect 5k from their fanbase in support of their Album Expenses.