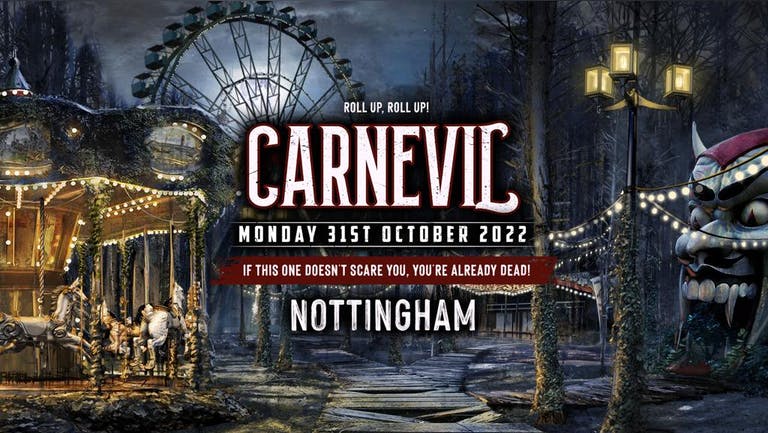 The CARNEVIL takes over Nottingham this Halloween on Monday the 31st October the deserted streets of Nottingham will be taken over by the CARNEVIL as they descend into the city centre for a spooktacular event taking over various venues!! October 31st is the day of the dead, the spirits are out, evil is in the air and for the creatures of the night it's the biggest, scariest, craziest, loudest & most terrifying date of the year. Which is why we are throwing the most gruesome party of the century.

Nottingham city centre will be turned into the feeding grounds of the CARNEVIL!! We are bringing a spooktacular event that will be sure to send chills down your spine with the venues left unrecognisable from their usual condition bringing the pits of hell to a Nottingham CARNEVIL Party...THESE STREETS ARE OURS!

There is nothing quite like this; so beware kids & expect the unexpected this Halloween....

We can guarantee two things: first, this will be the biggest fright-fest in town, and secondly… IT WILL SELL OUT. Make sure you’re not the lonely ghoul that’s left out. Get a ticket below asap and prepare for the scare.

🔈 Top of the range Sound system

Tickets are available to purchase via fatsoma