This event has already happened! Click here to see upcoming events from NG-ONE 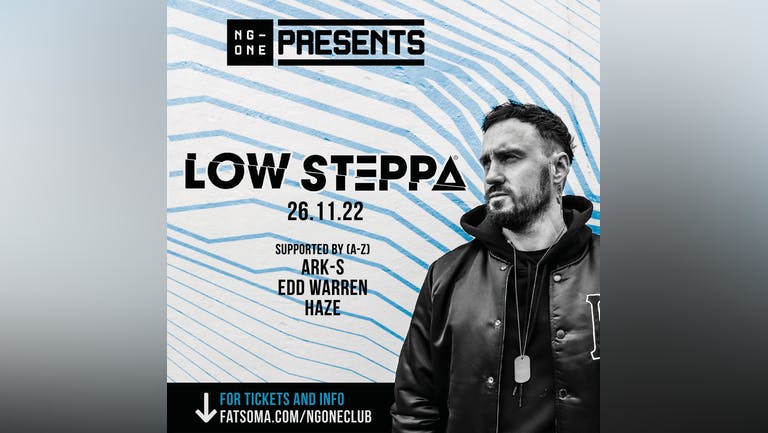 NG-ONE Presents Low Steppa, one of the most influential house music artists in the world for an all nighter you'll never forget, at the home of late night Notts.

Low Steppa produced his explosive bootleg of Route 94’s ‘My Love’ to playing BBC Radio 1’s Big Weekend and Defected In The House parties, to his Rinse FM show and all-conquering Simma Black imprint – which celebrated its 100th release in 2017 – Low Steppa is about as relevant and in-demand a DJ and producer as its possible to be.

Notable productions that followed include his all-conquering remix of Sonny Fodera ‘Always Gonna Be’ and a rework of Hardrive’s ‘Deep Inside’, which was picked up by legendary dance label Strictly Rhythm and hit No.1 on Traxsource within the first week of release.

Tickets will sell out!