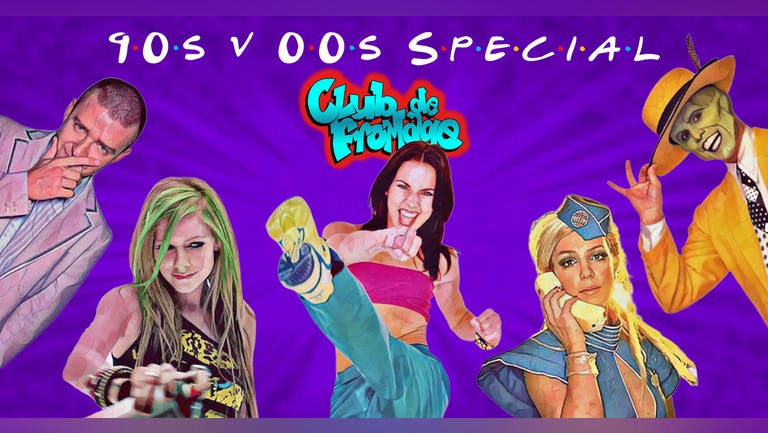 Join Slow Alfie and the crew as Fromage throws another battle of the decades between the 90s and the 00s.

Whether you used to dance around your living room to 'Wannabe' shouting 'Girl Power' and wasting your entire weekend playing Super Mario Cart or spending hours in front of the mirror trying to perfect your Beyonce wiggle and dreaming of making it S Club 8 with you as the new member, you’re in for a treat as we play the best music from the 90s and the 00s (as well as a few from other decades too)

We'll also have nostalgic clips from both decades on our screens to help visually transport you back in time too.