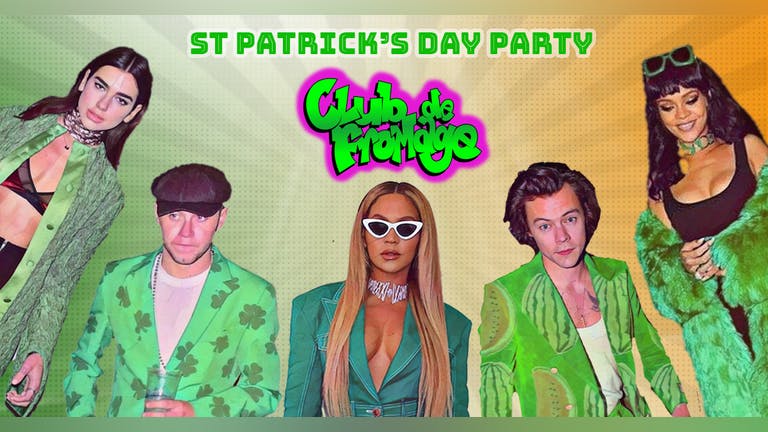 Yep, it’s that time of the year when we all dress in green, drink Irish dry stout and celebrate everything Irish.

In tribute to St Patrick we’ll be slipping in the odd hit from Ireland’s finest such as Westlife, Boyzone, B*Witched, The Corrs, U2, The Pogues and erm...Jedward.
Alongside all the usual pop, rock, indie, disco, classic dance and R&B from the 90s, 00s & now and bangers from the likes of Britney, Taylor Swift, Backstreet Boys, The Killers, Queen, Lizzo, Abba, S Club, Bruno Mars, Spice Girls, Will Smith, Prince, Katy Perry, Madonna, Gloria Gaynor and much more.