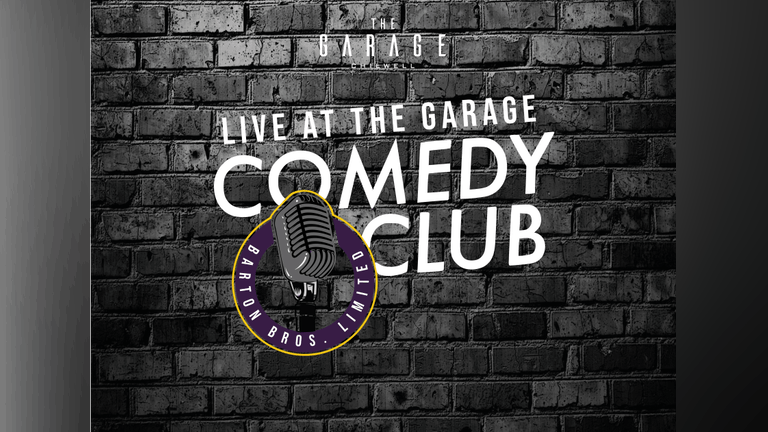 Comedy Club - Live at The Garage

Topping the bill is the animated Sean Heydon, one of the country's premier comedy magicians, who has appeared on various TV shows, including Britain’s Got Talent where he got a unanimous 4 yesses from the judges and Channel 4's Paul O’Grady Show, as the resident illusionist. With his unique style, he captivates the crowds, often receiving standing ovations.

Opening the night will be the self-assured Alistair Williams. Smart, passionate, impressively quick witted and bursting with infectious confidence, he tackles any subject matter with amusing results.

Completing the line-up is Anthony Ayton, being a London kid who was the first black guy at an all-white boarding school, he has a unique and hilarious perspective on life which he weaves skilfully.