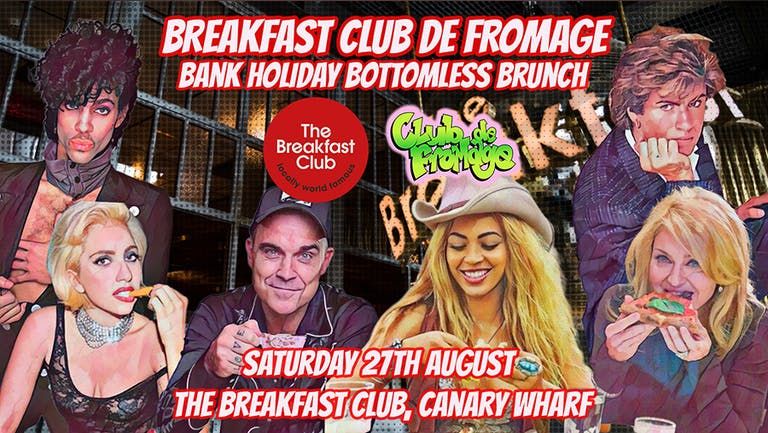 It might have taken us 17 years, but we've finally joined forces with the legendary The Breakfast Club for The Ultimate Bank Holiday Bottomless Brunch.

Join us on August 27th at 12pm - 2pm for the biggest bottomless brunch the world (probably London, probably just Canary Wharf - hey, we like to exaggerate) has ever seen.

Club de Fromage will be on hand to provide entertainment throughout so expect dancing, singing & the best pop and rock that spans the 80s, 90s & 00s.

Oh & one last thing...It's FANCY DRESS! Of course it is. Pick your decade & bring it. And bring it really, really hard! There's prizes to be won. BIG prizes.

This ticket is valid for the 12pm-2pm sitting only. (There is also a second sitting at 3pm - 5pm,. Separate tickets required for that),