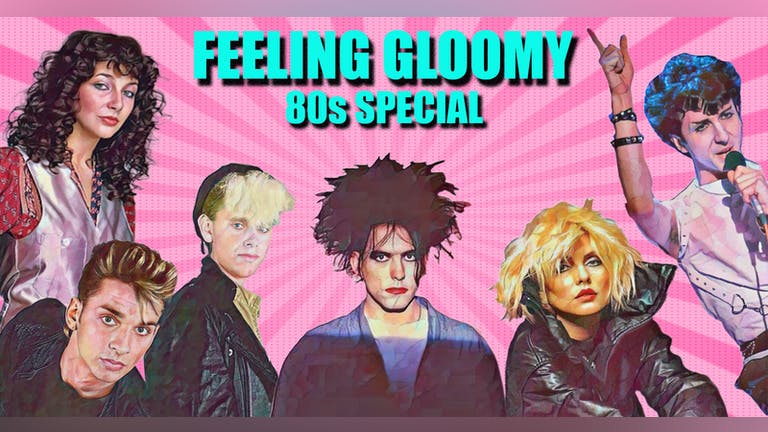 As the last remnants of winter cling on through March, come and join us for some soothing gloomy vibes as we jump back to the 80s with an extra helping of the saddest and most miserable tunes from the Thatcher-era such as The Smiths, Depeche Mode, The Cure, Blondie, Kate Bush, Pet Shop Boys, Joy Division, Human League, OMD, The Clash, New Order and more

Ease your woes with our eclectic mix of melancholic melodies that you have come to know and love at Feeling Gloomy over the past 18 years as we provide the perfect soundtrack to get you dancing with tears in your eyes.

A night for the slightly more mature indie and alt fan, Feeling Gloomy caters for those who love their music on the darker side, but still have a sense of humour and love to dance.

As well as the aforementioned 80s classics, we'll also soothe your woeful mood with tracks from the likes of David Bowie, Pulp, Nick Cave, Kate Bush, Suede, Blondie, The Mission, The National, Blur and much more!

Feeling Gloomy has appeared at numerous festivals including: Glastonbury, Standon Calling, Isle of Wight, Latitude, Green Man and more, it also ran for nearly 15 years in New York and 3 in Berlin.

"The perfect place for a miserable night out" NME

"Brilliant fun, despite what the promoters want you to think" The Independent

"The Maestros of Mooching" The Times