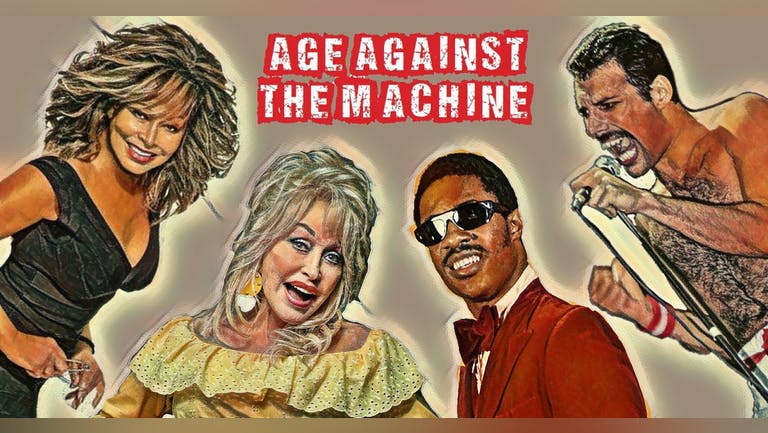 It's a new year so come on down and dance away that New Year's Eve hangover and January Blues as Don & Reg return to get you oldies Bustin' a move (and hopefully not a blood vessel) on the dance floor.

**As with every month, Age Against The Machine is strictly for over 30s only. Photo ID MUST be produced, even if you have purchased an advance ticket!