This event has already happened! Click here to see upcoming events from Hive 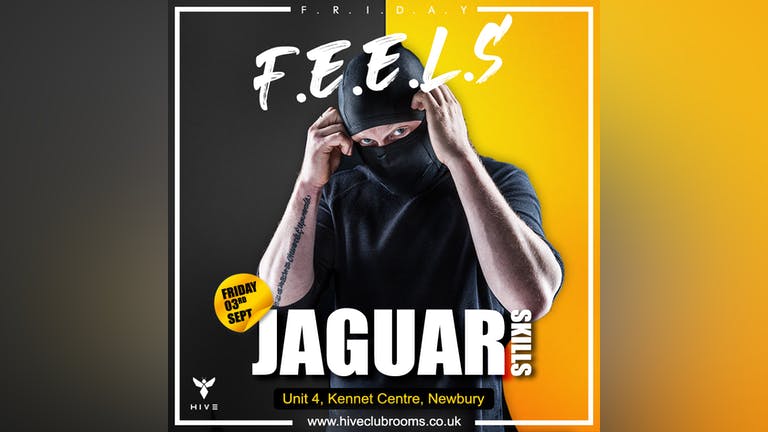 He started DJ’ing in 2002 at East London arts bar Dream Bags Jaguar Shoes. From this, he worked with fashion label Maharishi on a 60-minute CD. It was created, looped, produced entirely on a mini Sony Walkman. After which Jade Jagger invited Jaguar Skills to become a resident at her Jezebel parties in Ibiza, Russia and Hong Kong. He was a resident DJ at Pacha Ibiza, in the global room, between 2004-2007. During this time, he produced “We Love You” for US rapper Lupe Fiasco, as well as remixing “Ask The DJ” by Mr Hudson.

His breakthrough project, ‘History Of Hip-Hop’, was released. 600 classic Hip-Hop records, played in order of release, from 1979 to 2006 in 60 minutes. Gaining the attention of MTV, the mix was downloaded more than 3 million times, making it one of the most heralded Hip-Hop mixtapes of all time. This then got on the radar of the BBC, he was offered a weekly slot on Radio 1’s The Trevor Nelson Show, this is where he cemented his position as a mash-up pioneer.

Other notable mixes also include his “History of DnB” mix and also a “History of Ayia Napa” mix on Radio 1 accompanied Kano.Island Records subsequently requested a mix for their artist Devlin. He was commissioned to remix and produce a Renault Clio advert soundtrack, and also received the Gold Award 2010 at the New York Radio Awards for his BBC World Cup Mix.His first major compilation album was released via Toolroom Records, ‘Toolroom Knights Mixed by Jaguar Skills’, which received widespread critical acclaim and cemented his place as the king of multi-genre mixes.

* Government Guidelines will be followed to ensure a safe event

For more information, please get in touch!