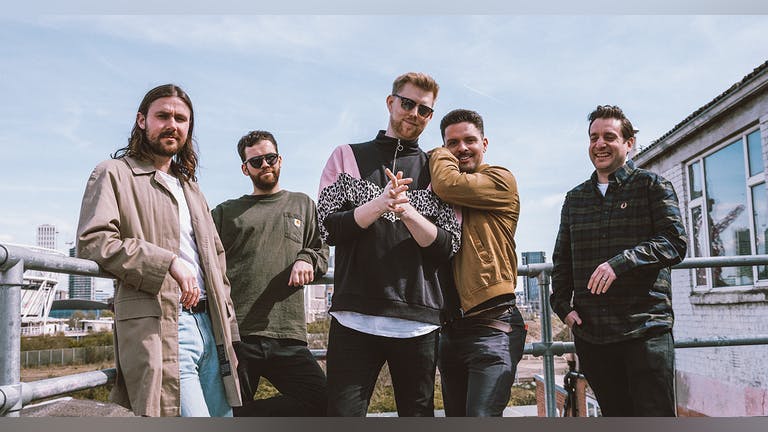 Age restrictions: All ages (U18s must be accompanied by an adult)
INDEPENDENT - SUNDERLAND
2599 Followers

Dubbed the "band to watch in 2022" by cult indie promoter This Feeling, The Utopiates are a band in full force. Launched in January 2021, they are already stacking up the accolades including the backing of legendary BBC Radio 6 Music DJ, Steve Lamacq and Radio X’s John Kennedy; and have just signed to V2 Records (Virgin). Formed under the dark clouds of the pandemic, this is a band that’s confident in their sound and unafraid to push their output to new heights in 2023. The rising London-based indie-rock outfit THE UTOPIATES bring their incredible live show to Sunderland for the first time.

KITES are a Newcastle-based alt/indie rock band who formed when frontman Kane Teal and lead guitarist Harry Wade met as students at Newcastle University. Bassist Lewis McDonald joined shortly after, with drummer Bailey Rudd finalising the lineup in early 2022. As heard on BBC Introducing, BBC Newcastle, Hive Radio and Amazing Radio UK/USA, the band have been tirelessly working to cement themselves in their local scene and are now one of the most anticipated bands in the North East; playing sold out shows across Newcastle and Durham, as well as being championed by HMV. Their tenacity has attracted the attention of Shin Gigs and This Feeling, opening doors for the band's continued growth, all before the release of their debut EP. With a nostalgic mix of early 90s grunge and 00's rock that coalesces into a fresh take on britpop, KITES have stumbled upon something extraordinary.