This event has already happened! Click here to see upcoming events from The Vault Nightclub Bournemouth 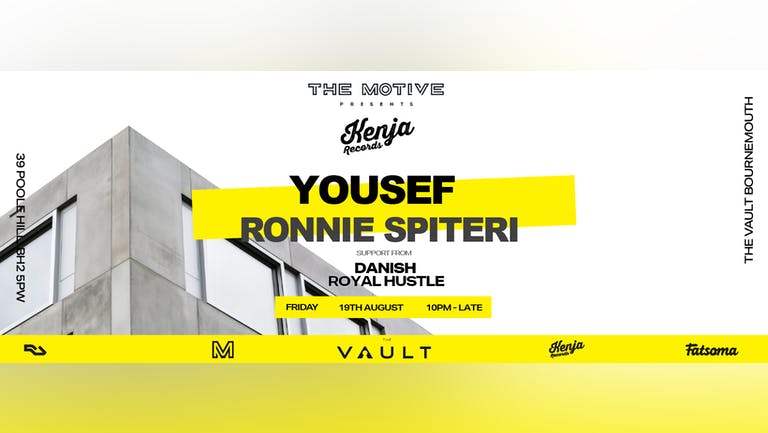 Yousef remains one of the globes most exciting talents in the realm of modern rave. His career has evolved and stayed true to the shifting sands of the game; he stood out when he arrived on the scene because of his jaw-dropping technical savvy and as the years have progressed he's added the multi-faceted strings of club promoter, label owner, and deftly talented producer to his bow.

The Motive, a well-known house music brand from Bournemouth, launches its 2022 calendar with a stack of 7 major headlining acts that have played in some of the biggest events this planet has to offer. Without revealing too much... these acts have been Defected so when you are attending our event you can expect nothing but the best.

With securing these major headliners it would be rude not to have them playing on the best sound system Bournemouth has to offer, so we have signed a residency at The Vault Nightclub, who are accompanied with a Void Acoustics sound system... renowned as being the number one choice for systems worldwide.

To keep up to date with released information on our major acts, go follow us on instagram @themotive.events or sign up to The Motive Priority for free at www.themotive.events.

Get your rave boots ready,