This event has already happened! Click here to see upcoming events from The Folklore Rooms 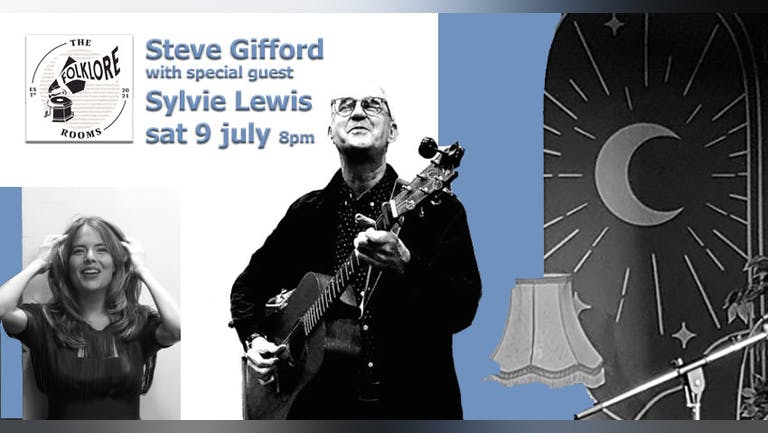 By The Folklore Rooms

Having played guitar continuously on the London scene during the 80's, and made a mark on the folk / acoustic stages around Milton Keynes, he has now relocated to the Kent coast and established himself in Ramsgate and is making waves in venues around the Kent coast.
Steve has recorded six well received albums, one produced by local Brighton BBC Horizon Folk Award winner Ben Walker (no stranger to The Folklore Rooms and who may well be at hand tonight).

Steve's most recent trips to Brighton were accompanying a dear friend, comedian / burlesque / raconteuse Lynn Ruth Miller and playing an emotional guest spot at a wonderful, all star celebration in her memory at The Greys in last November.

Join Steve Gifford as he plays at the Sussex seaside here in sunny Brighton.
www.stevegiffordband.co.uk

Opening tonight is Hove resident Sylvie Lewis, who is reestablishing a music career back in the UK and Europe after worldwide musical adventures that included a record company deal in Los Angeles, having graduated from Berklee College of Music.

After touring the USA and Canada, Sylvie relocated to Europe, Barcelona then Rome performing and involving herself in several prestigious projects from folk, bossa nova to opera. Her recordings and music style transcend those of the regular singer-songwriter.

You may have seen Sylvie with her (non-sibling) Lewis sisters group, or sharing songs, carols, poems and anecdotes in 'The Lewis Family Christmas Hour' with her dad, noted newscaster Sir Martyn Lewis. Once seen, you'll be hooked.