This event has already happened! Click here to see upcoming events from The Salty Dog 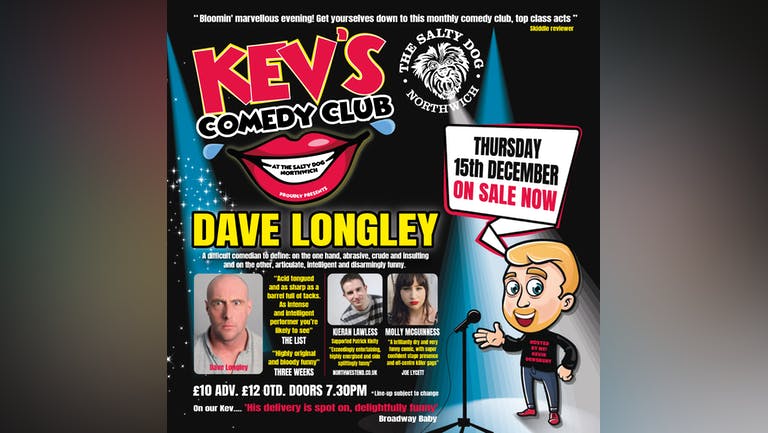 One of the few comics able to play to any audience without compromising on his material, David Longley can delight a hen party and the comedy connoisseur on the same night. Intelligent, silly, thought-provoking and filthy, Longley has found himself headlining comedy clubs all over the country and is also in demand as an MC.

Irish comic, now based in Manchester. Kieran has worked in clubs across Ireland and the UK including Jongleurs, the Stand, Kingshead, CKP, Spiky Mike, Mirth Control, Chis Brooker, Laughter Lounge, International Comedy Club and many more.

Fresh from reaching the final of BBC New Comedian of the year, our Camden Comedy Champion Molly McGuinness returns to bring you her hilarious stand-up mastery. Along with winning Manchester Fringe Camden comedian of the year 2021 and in the West Didsbury comedian of the year finals 2021 and the frog and bucket new the frog World Series finals. Molly has played at XS malarkey, was part of Joe Lycett and friends show at REP theatre. Molly has also been picked as part of the 'Best in Class' this year at the Edinburgh fringe!