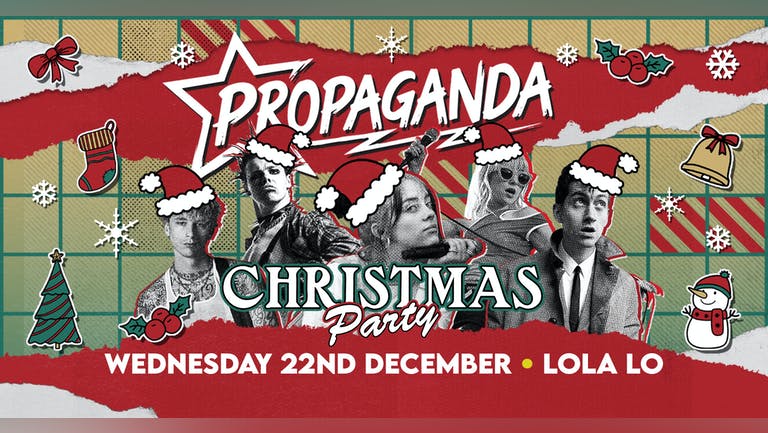 Have a holly jolly ole time at Propaganda's Christmas Party! Get in the Christmas spirit with spirits and festive vibes & tunes all night!