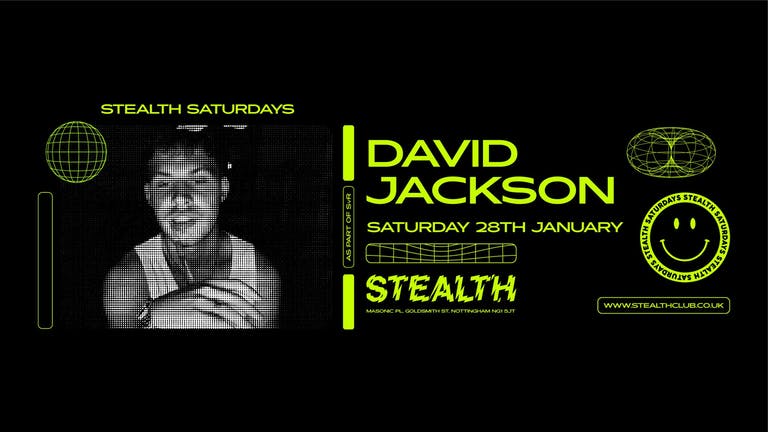 DAVID JACKSON at STEALTH (Stealth Saturdays as part of SvR)

DAVID JACKSON at STEALTH (Stealth Saturdays as part of SvR)

Fresh from his release on Mall Grab's 'Steel City Dance Discs', recent mixes on HÖR Berlin & Rinse FM; support from the likes of Denis Sulta, Mall Grab, Gerd Janson, DJ Seinfeld, Prospa, and Pete Tong, Danny Howard, and Sarah Story on Radio 1; and over a million streams online; it’s safe to say that the German/Irish whizz-kid David Jackson is one of the most exciting talents in the electronic music scene right now.

David’s talent as a remixer has also shone through in his remixes for the likes of SG Lewis, Chase & Status, Jessie Ware and Pet Shop Boys, with the latter personally commissioning not one but two remix versions of their hit single ‘I Don’t Wanna’ to a huge response at press.

We can't wait to have David Jackson headline Room 1 of Stealth Saturdays on 27th January, as part of Stealth & Rescue Rooms' SvR!