This event has already happened! Click here to see upcoming events from LastStopSounds 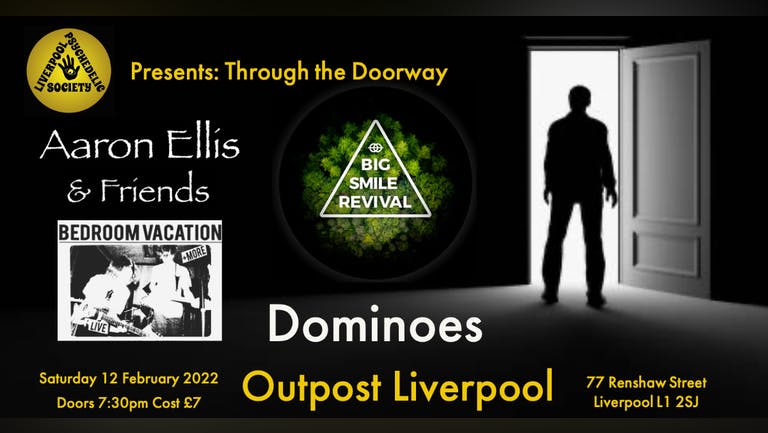 Age restrictions: 18 Plus only

Last Stop Sounds joins up with the Liverpool Psychedelic Society to put on a gig of psych sounds at Outpost Liverpool.

Aaron Ellis and Friends needs no introduction, he's a legend on the Liverpool and Psych music scenes.

Bedroom Vacation are a hot group from Manchester who swirl 80s tinged noises around whilst sometime gazing at their shoes but more often staring at the stars.

Big Smile Revival hail from Bristol and have been taking no prisoners with their loud raucous take on what Psychedelia should be.

Dominoes are Dominic Lewington playing solo. Another legend of the Liverpool and Psych scenes.

Its all finished by 11pm