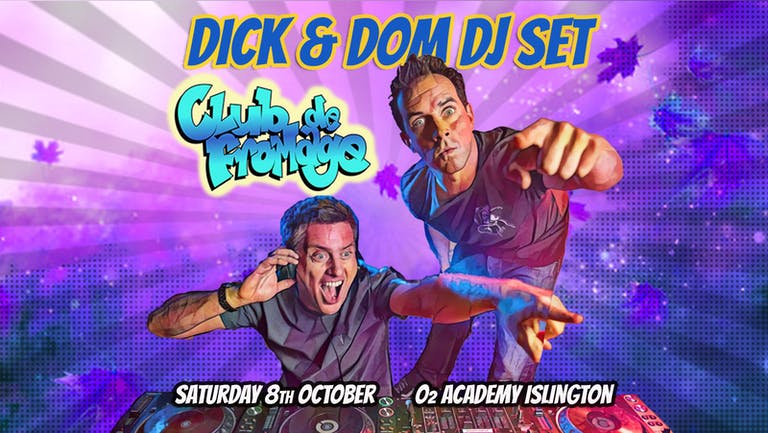 It's a very special week at Club de Fromage as we're joined by the legendary Dick & Dom!

That's right, Dick & Dom are not in da bungalow they are in de Fromage and will be performing a special 45 minute DJ set featuring chart and party bangers..

As well as Dick & Dom, you'll still be getting the lord of de Fromage, Mr Slow Alfie and his team of Poundshop Performers leading you through the usual Fromage antics and dance routines for the rest of the night. Expect anything from S Club to Madonna, Bon Jovi to Taylor Swift, The Killers to Queen, Whitney to Dolly, Beyonce to Gloria Gaynor, Ariana Grande to Prince.

From Spice Girls to Sk8er Boys, Doctors to Nurses, Super Marios to Lara Crofts, everyone in fancy dress gets to Queue Jump