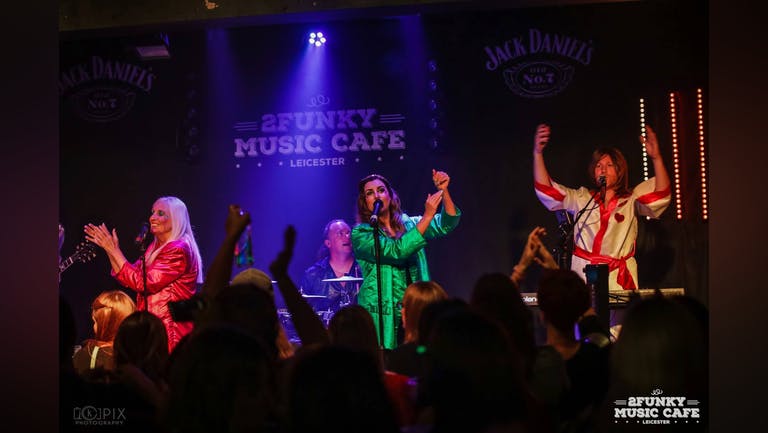 As seen on the BBC, ABBA GOLD are widely regarded as the best ABBA tribute band in Europe! Within the line up are individual artists who have played leading roles in West End stage shows, performed on Top of The Pops, and featured at Glastonbury and Reading. Together, they recreate the classic energy of Swedish pop group ABBA through tracks such as ‘Dancing Queen,’ ‘Mamma Mia,’ ‘SOS’ and ‘Fernando,’ ‘Waterloo,’ ‘Super Trouper’ and many many more. ABBA are one of the most successful and adored bands in popular music history; relive their greatest musical moments!

-ABBA GOLD have toured all over the world with their fantastic live 7-piece show.They have been performing for over 20 years, played more than 3,500 shows to over 2.5 million people in 40 different countries. This doesn't include the millions of people who have seen ABBA GOLD on numerous television shows for the BBC, ITV, Channel 4 and Sky.The ABBA GOLD show has been seen by many famous people including Sir. Richard Branson and Sir. Alan Sugar.

ABBA GOLD still remain one of the most influential Tribute Bands of all time and have spawned several imitations.Abba Gold are proud to say that they sing and play live at every show, whether that is a 30 minute or full 2 hour performance.They perform all your favourite songs plus some of the amazing album tracks that only the true Abba fans will remember.ABBA GOLD have studied the original ABBA recordings down to the finest detail in order to be able to faithfully recreate that special ABBA sound at their live shows and also have their own sound engineers.They have also meticulously recreated the ABBA costumes from every source available, including several trips to the ABBA Museum in Stockholm.The Abba Gold show includes a minimum of 8 costume changes, really illuminated by their fabulous lighting engineers using pyrotechnics.