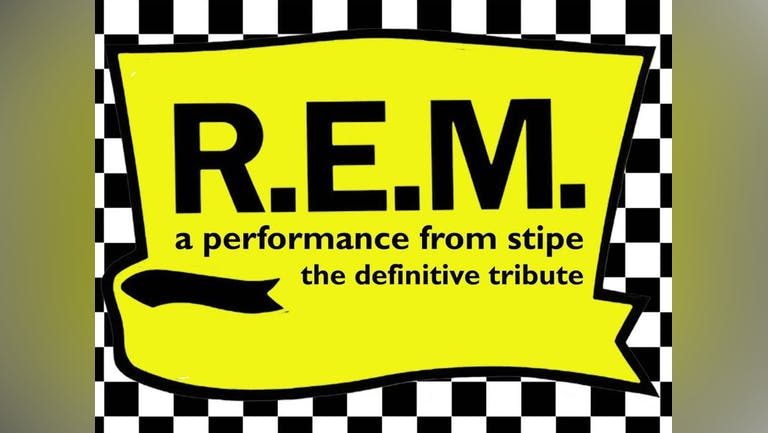 Join us at Lions Den, Manchester on Friday 18th November 2022 for a special live performance from the brilliantly definitive R.E.M. tribute "Stipe". 30 years on from the landmark mega selling "Automatic For The People" album, this promises to be a very special show!

R.E.M. remain one of the world’s most enigmatic bands. With a string of peerless albums; one eye on the underground and one eye on the soaring chorus; it’s safe to say we will never see their like again. From The One I Love through to The End of the World and more besides.

Whether it’s playing major festivals or appearing on the One Show, performing for Michael Stipe himself, Stipe are the definitive R.E.M. tribute – a complete band, and encyclopaedic knowledge of the back catalogue. They bring R.E.M. to life on stage – the contrasts and the magic; that direct connection to the music.

The boys from Athens’ legacy is in good hands