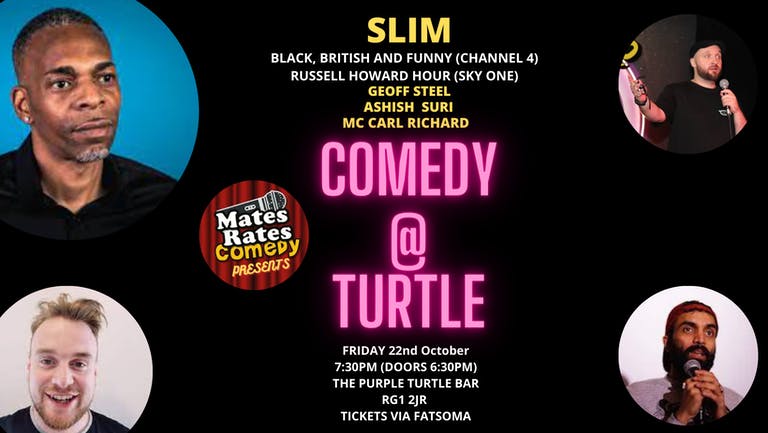 Stand Up Comedy in Reading is back. Mates Rates Comedy is proud to present Comedy @ Turtle with Headliner Slim.

Slim is one of the UK’s biggest stand up stars and the undisputed king of the Black British comedy circuit. Physical, ebullient and unashamedly for the people, his multi award winning 20 year career has seen him perform to thousands all over the world.

Geoff Steel is an unreserved and unrelenting force in comedy with an ‘incredibly honest’ style. A seemingly perfect balance between insanity and hilarity. His prowess on stage is only surpassed by his ability to make you choke on your drink.

Winner, the 'Honk Show' at the Moth Club